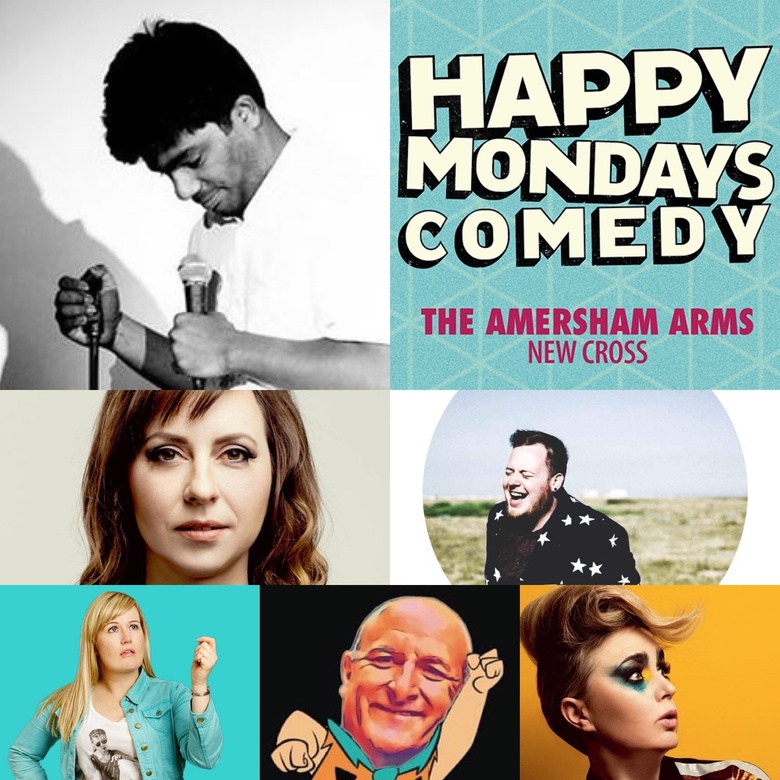 Happy Mondays Comedy are very excited to bring you a fantastic night of comedy including the brilliant comedy talents of Don Biswas ( Warmup for recording of a Radio 4 stand-up special "Neurotopical"), Caroline Mabey ( 'A mischievous, kooky talent' Time Out) , Sarah Bennetto Ace Aussie Comedian & Host of Glastonbury's Worthyfm, AMJ who has been described as "A Rock n Roll Peter Kay" , plus Mossy fresh from Vegas providing the lols , all hosted by MC Siôn James at the ever popular Amersham Arms New Cross , which now has shiny new toilets!

This is an 18+ event.
Advanced Tickets available Online

Don Biswas WIP
As seen on BBC Asian Network. As heard on Radio 4 Disability Comedy Show 13 Million Club.
Warmup for Don's recording of a Radio 4 stand-up special "Neurotopical" about having learning difficulties- dyspraxia, mild Asperger’s and ADHD,  'By the quality of his jokes alone, including a choice one about a corporate gig for the DWP, Biswas is the show’s star turn'. The Guardian. www.donbiswascomedy.com

Sarah Bennetto
Sarah Bennetto is a Melbourne-born, London-based comedian. As well as playing comedy clubs all over the UK & Europe , Sarah is also a stalwart of BBC radio, plus hosted her own radio show on Dalston’s NTS radio “Sarah Bennetto’s Mix-tape”, as well as at her cult favourite annual show from backstage at Glastonbury Festival.

AMJ
AMJ is known for his energetic live performances playing everywhere from rock festivals to theatres.
"He has a kind of scream if you go faster energy that really pulls you in" Chortle  "A Rock n Roll Peter Kay" DCR

Mossy
Fresh from Vegas , The Fresh Prince of the OC's , zoom security guard, the lovechild of Russ Abbott and Rodney Trotter