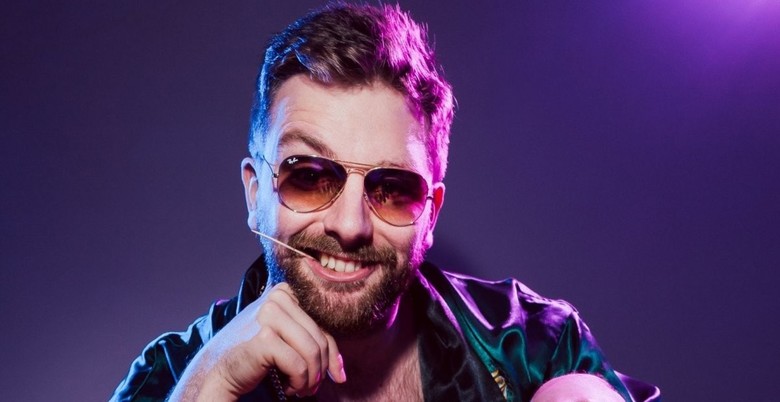 PIERRE NOVELLIEOne of the UK's finest up-and-coming comedians, Pierre is a correspondent on BBC2’s The Mash Report hosted by Nish Kumar, performed on the most recent series of Stand Up Central  on Comedy Central and was the hand-picked support act for Frank Skinner’s recent sold-out West End run.

Born in South Africa, raised in the Isle of Man and with an inexplicably French name, he has an entirely unique world view, and that’s before we get to his in-depth knowledge of Anglo-Saxon history, Izzardian comic flourishes and sharp satirical brain.

An acclaimed live act, Pierre has also supported Hal Cruttenden and Gary Delaney on their national tours and was nominated for Best Club Comic at the 2017 Chortle Awards for two years running. He is, we cannot emphasise enough, a terribly funny, talented and charming comedy bear.

"Dawn of a major talent." Guardian"A show packed full of belly laughs…Novellie delivers it all with real astuteness and skill’l." Metro


SOOZ KEMPNERSooz did her very first stand-up gig in 2009. She thought, "what have I got to lose?". It turned out doing stand-up means you lose an awful lot of money. The upside was a reputation as one of the most creative stand-up/cabaret crossover acts, winning best newcomer at the Musical Comedy awards and the Variety Award at Funny Women.Since then she’s built up a formidable reputation as a cracking festival act mixing her Aguilera-esque vocals with deadly comic timing and brilliantly grubby stories from the seamier side of professional singing.


ALICE BRINEFreshly arrived from New Zealand, she's already become a viral sensation a video all about consent and was hand-picked to support Alan Carr on his tor of the South Pacific.


MO OMARSomali-born, Cardiff-raised and London-based, Mo Omar is a fast-rising talent with a unique perspective. Mo was selected to perform in The Pleasance Comedy Reserve show at the Edinburgh Fringe Festival and was a finalist of the BBC Introducing Radio 4 Comedy Award, both in 2019. He then made his TV debut on Harry Hill’s Clubnite on Channel 4.

"Omar has a winningly irreverent attitude to sacred cows, with a fresh and feisty delivery that gives him a contemporary edge."Chortle

Please be assured that we will be in full compliance with COVID-19 safety legislation https://www.goodshipcomedy.com/covid-19-safety