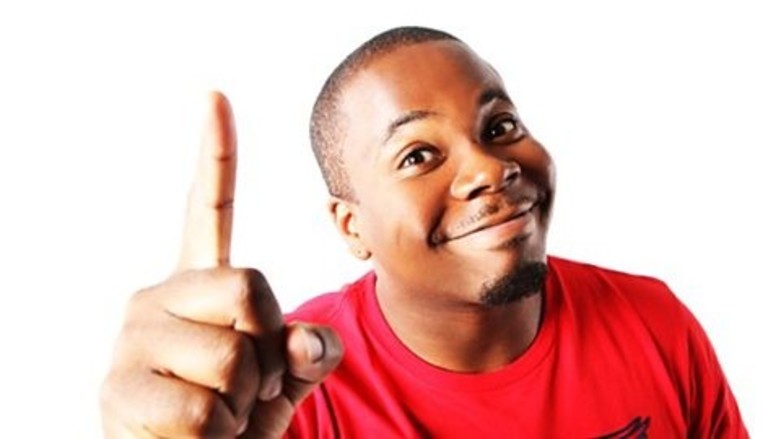 MARLON DAVIS
Marlon Davis may burst with the ebullient energy of a five year old overdosing on Haribo, but he is a long established circuit headliner whose impish routines have won over punters all over the globe.  He has recently appeared on Live at the Apollo and Comedy Store Live and tour all over the world.

"Bursts on to the stage like a breath of fresh air, with impish grin, boyish enthusiasm and an effortlessly open, confident style."Chortle


JOE HOBBS
Although very new to the world of stand-up comedy, Joe is already proving himself to be quite the baby-faced assassin, having appeared in the prestigious So You Think You're Funny Final and winning the Amused Moose Breakthrough Award at the 2018 Edinburgh Fringe.  Since then he's grown even more as a comic (no pun intended, but he is also a mahoosive 6 foot 9, a fact which he wrings all the excellent, original jokes out of.)  He's a warm, charming presence, an adept storyteller and has a keen eye for an unexpected punchline.  We reckon he could well be a superstar in the next few years.  Come watch the story begin right here...

"Joe Hobbs felt like a pro comedian the moment he stepped into the spotlight...he performs with skill and irony... man of the match for me." Chortle

"Joe Hobbs is a playful, witty newcomer who keeps the audience guessing and the laughs coming." Rhod Gilbert


IZZY MANT
Izzy has been writing and performing stand-up for four years. Her hour-long show IZZY MANT: POLITE CLUB was a sell-out success at the Edinburgh Fringe 2019. She also writes and produces TV scripted comedy.

"She has the audience in the palm of her hands throughout." Three Weeks


GARY TRO
As seen on BBC iPlayer and heard on BBC Radio 4, stand-up Gary Tro is an exciting breakthrough act making waves on the UK and international comedy circuit with his joyously angry and hilariously anarchic style of comedy. He’s also a talented improviser and performs as one half of nerd-culture double act The Just Us LeagueA regular on the touring circuit, in 2017 Gary supported Tez Ilyas on national tour and took his own show ‘SupercalifragilisticexpiGaryTrocious’ to festivals all across the UK and at the Charleston Comedy Festival USA.

"Wonderfully improvised riffs showcasing his impressive spontaneity and sharp tongue." Edinburgh Festivals Magazine
“The perfect comedy club host – he is a master of audience interaction. The audience weren’t just warmed up, but pretty hysterical even before the first act of the night hit the stage.”  Huffington Post

Please be assured that we will be in full compliance with COVID-19 safety legislation https://www.goodshipcomedy.com/covid-19-safety