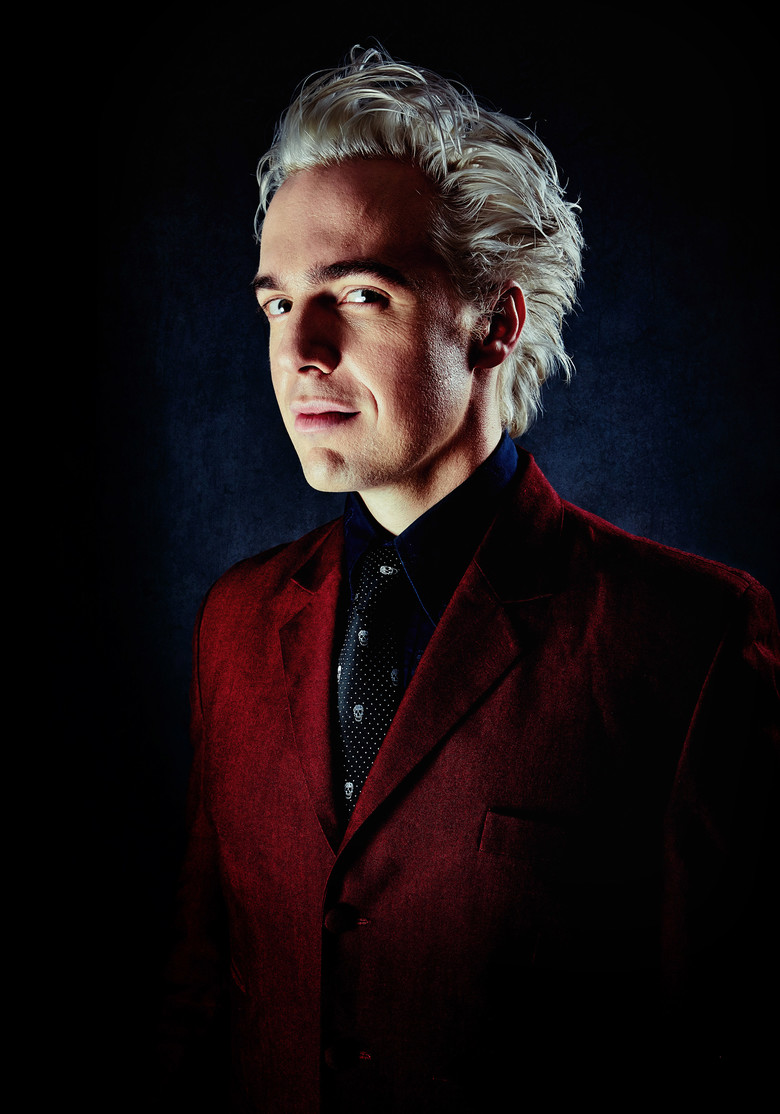 
JOHN ROBERTSON
Comedian, author, columnist, satirist, professional troublemaker, multimedia artist, recreational sadist and anarchic improviser, John is an astonishing 21st century renaissance man.  He has toured the world with his 1980s text-based RPG phenomenon 'The Dark Room' and blown the bloody doors of most clubs with his super-charged whirlwind act.

“A manic and quick-witted revelation… if you only see one Perth-born set this year, make it John Robertson.” The Scotsman

Sarah Callaghan is an award-winning comedian and writer who has taken the comedy scene by storm with her frank and fearless style.

In 2014 she was named as ‘One to Watch’ by Time Out and in 2015 she took her critically-acclaimed debut hour show Elephant to the Edinburgh Fringe. A confessional exploration of escape and ambition, Elephant played to packed houses and received great reviews across the board.  Sarah was widely heralded as an exciting new comedic voice, a status cemented by her Malcolm Hardee Award nomination for ‘Act Most Likely To Earn A Million Quid’. She also appeared on E4’s Virtually Famous as a guest on Seann Walsh’s team.  Elephant subsequently toured to the prestigious Soho Theatre for a run of shows in 2016, again to acclaim, and then on to the Perth and Sydney Comedy Festivals in Australia.

Since then she has grown into a formidable act: punchy, smart and never holding back in the search for the next hard-hitting punchline.

"Fiercely impressive and quite stunning." The Scotsman
KATHRYN MATHER
A relative newcomer to the circuit who is already making a big impact with her world-weary, bone dry comedy.  She's already won the prestigious Beat the Frog World Series at the Frog and Bucket in Manchester and is sure to go on to bigger and better things.

ARIELLE SOUMA
In her own words, Arielle Souma is a real double F. . .   French & Fabulous! Based in Brixton Arielle Souma has added colour,diversity and a powerhouse stage presence  to the comedy scene.  Her distinctive style is punchy, blunt, accessible and empowering!  Unsurprisingly she has graced the final of many new act competitions and blew the place to bits last time she performed on our stage.  She was so good we've asked her back to open the show and it's sure to be a firecracker,

"She is just what the comedy scene needs and should be forced upon every audience until they buckle under her spell." Frankie Boyle

"A brash French-African woman who steamrollers the audience with the power of her no-nonsense personality." Chortle


BEN VAN DER VELDEOne of the quickest wits around and a much-loved compere, he always brings a jam-packed back of nonsense, silliness and wisecracks to every gig he hosts.