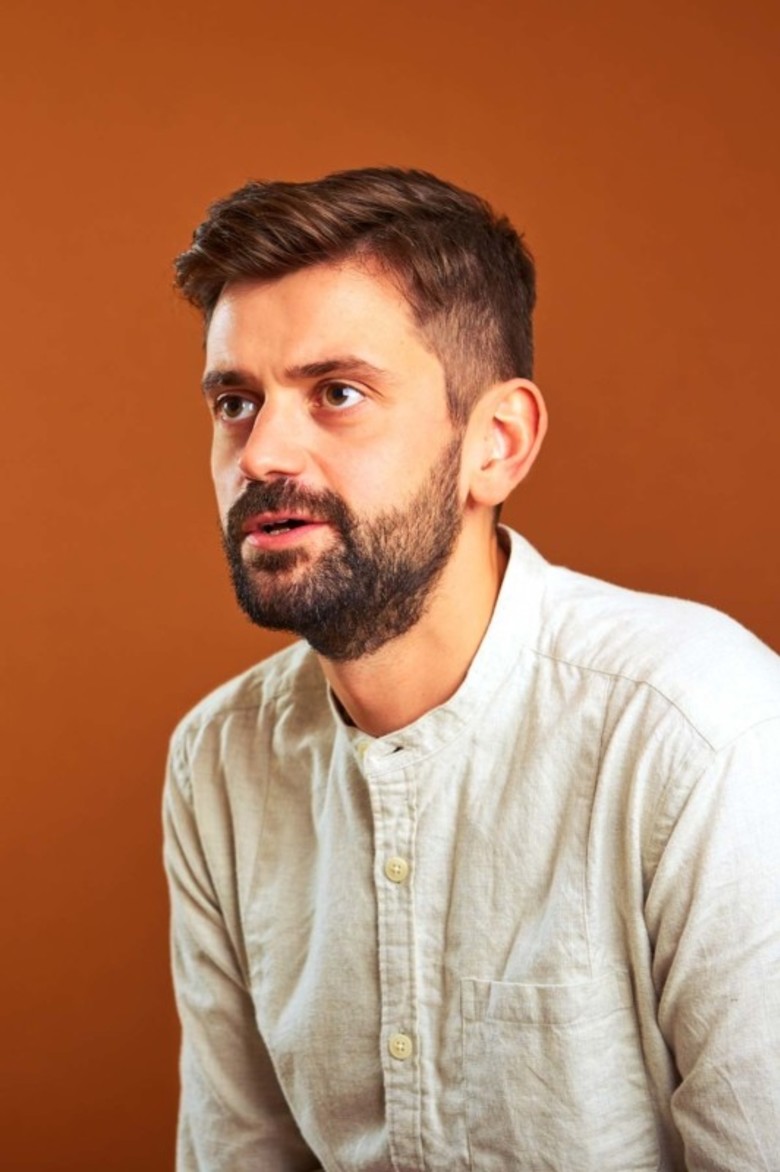 Fin Taylor has made a name for himself as one of the most talked about comedians working in the UK. His successive Edinburgh shows “Whitey McWhiteface” and “Lefty Tighty Righty Loosey” were 5 star sell-out runs, and cemented his reputation as a fiercely funny and uncompromising social commentator. He went on to appear on Comedy Central’s ‘Roast Battle’ and ‘Live From the Comedy Store’ as well as making his own series for the Channel, “Fin Taylor plays Bullshit Bingo”.

“The most discussed, and critically lauded comedian of recent Edinburgh Fringes.” ★★★★★ The Scotsman

“Phenomenal…Taylor is on top of both his game and the zeitgeist.” ★★★★★ Chortle

“A gutsy, ingenious and fearless truth-teller with the jokes to back up his attitude”. ★★★★ The Times

“A talent with serious conviction and jokes to spare.” ★★★★ Independent
PHIL JERROD
Phil Jerrod began his stand-up career underneath an Angus Steakhouse in 2012. Since then he has failed his PhD, walked out of his job in publishing and been entertaining audiences up and down the country with his elegant rants on the often unfathomable problems of modern life.

“Behind the beard is a comic whose instinctive mastery of his form immediately marks him out as one to watch.” The Guardia

Abigoliah is a product of her New York stand up roots; frank, funny, and unapologetic.

As the only yoga instructor/comedy in comedy Abigoliah presents her always hilarious comedy with an open heart chakra. Bringing her audience into her world with the warmth and excitement like a friend who you haven’t seen in a while.

Her comedy extends past the stage as she was nominated in 2016 for a Malcom Hardee “Cunning Stunt Award” for buying an incredible amount of outside advertising and then plastering them with fake reviews poking fun at the usefulness of the critics words. She has been featured on Comedian’s Comedians Podcast with Stuart Goldsmith and The Guilty Feminist with Deborah Francis White.

“Her cheeky honesty is completely disarming and delightful.” Chortle

Bella Hull is a London-based stand-up comedian and writer and one of the UK’s most exciting young comedians.

A former member of the Cambridge Footlights, Bella has performed to sell-out crowds in London and Edinburgh, and recently appeared at the Utrecht International Comedy Festival. Her writing has also recently been featured on BBC Radio 4’s Newsjack and Flux Magazine.

Already finding success on the competition circuit, in 2019 Bella won the Yellow Comedy Young Comedian of the Year competition and she placed third in the 2020 2NorthDown New Act Competition.

AND YOUR RESIDENT HOST: