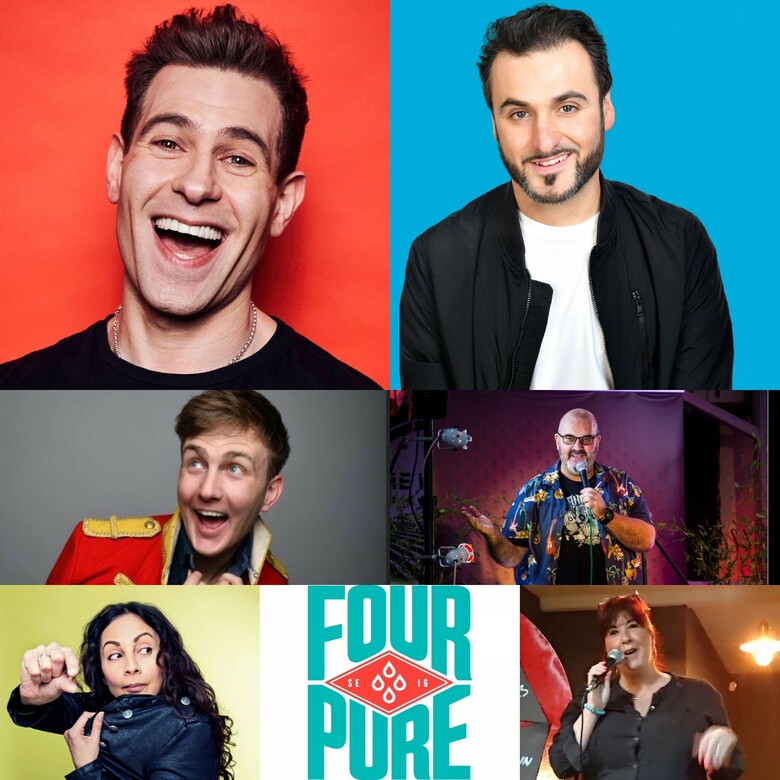 The Grafton pub serves fresh, seasonal dishes alongside pub classics, Winner Best Food Offer at The Publican Awards 2021-yum yum!– if you’d like to book a table to eat before the comedy starts, please email info@thegraftonnw5.co.uk

Simon Brodkin
Star of Live At The Apollo (aka Lee Nelson AKA the man, the legend, who gave Theresa May her P45)
After three hugely successful BBC series as Lee Nelson, multiple sell-out tours and world-famous stunts on Sepp Blatter, Donald Trump, Kanye West and Theresa May, the award-winning, critically-acclaimed comedian unveils his funniest character yet… himself!
Starred multiple times on BBC One’s 'Live At The Apollo', both as guest and host. “A prodigious talent” The Times
'Hilarious' List  'Genius' Independent. 'Get him out!' Donald Trump. “There aren’t many better comedians to turn to”  The Daily Telegraph

Patrick Monahan
Irish-Iranian Teessider Monahan tours both nationally & internationally, playing in countries across Europe, The Middle East, America, and Australia, including performances over 16 years at the Edinburgh Fringe.As seen on BBC1 & 2, ITV1 & 2, Channel 4, Channel 5, and Sky 1, Patrick was the winner of ITV’s ‘Show Me The Funny’, as well as competing in ‘Splash’ and ‘Celebrity Squares’. He has also recently been seen on The One Show (BBC), Fake Reaction (ITV), and Pointless Celebrities (BBC).

“Rip roaringly funny... fun! ” – ★★★★★ – One4Review
“Possesses the rare ability to be hilarious without being outrageous” – ★★★★★ – Three Weeks
“Terrific comic... His overwhelming warmth makes this a truly delightful hour” – The Scotsman

Sharon Jackson
Pride in Medway 2020 nominee ,As heard on BBC Radio Kent and founder of Medway’s Much Laughter Comedy Hub