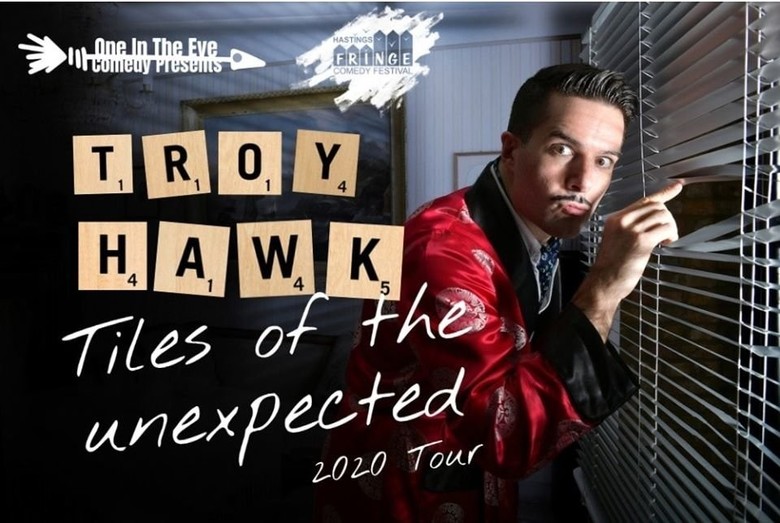 TILES OF THE UNEXPECTED

Troy Hawke's total sellout Edinburgh 2019 show 'Tiles of the Unexpected!'is the perfect show for anyone who has ever found a frown breaking their brow in an IKEA. He's got to the bottom of the manipulative Swedish retail machine that so many get chewed up by and it’s not pretty...please heed some plaudits/words from satisfied professionals...

TOP JOKES OF THE 2019 EDINBURGH FRINGE (The Telegraph, The Scotsman, Inewspaper, GQ Magazine)

REVIEWS FOR 'Tiles of The Unexpected!'

'Elaborately concocted, funny and brilliantly bonkers'
BEYOND THE JOKE ****

'A stand up character comic of the highest calibre' EDFEST MAG ****

'Effortless crowd control and total mastery of the character' FEST ****

'Troy Hawke is quite simply a comedy phenomenon' MUMBLE ****

'One of the finest character comics around' RGM ****

Age Restrictions:
16 and over