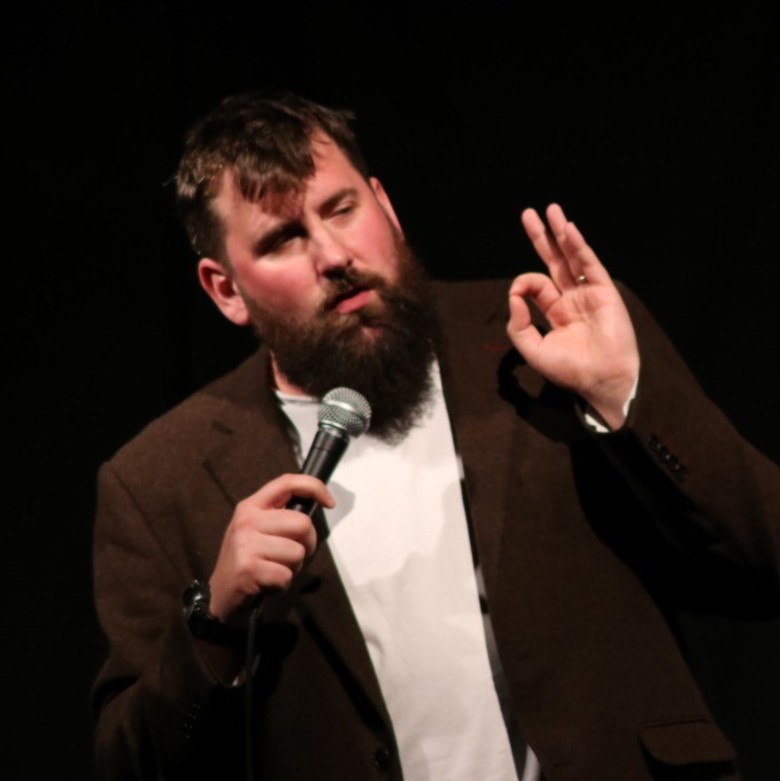 Garrett Millerick: SPORTS (WIP)
My last two shows have been described as 'critically-acclaimed-sell-out-smash-hits', so I'm attempting to do that again with this one. Historically the third one is never as good as the first two, so I'm really up against it. Not to mention, we’ve all had a bit of time off. But I’ve not been slouching, I’ve been hosting a hit podcast, doing loads gigs on zoom, writing for telly, hosting shows on American Radio, releasing hit albums in America, being on TV in America. (No, I haven’t been on TV in the UK. Politics probably!? I don’t know?! Leave me alone). Look, I’m pretty good at this (see reviews) and I’m going to put a shift in (see past form). You’d be silly not to come (see above).As seen on Conan, SiriusXM, 800Pound Gorilla Records. Creator & Co-Host of The Laughable Podcast Apple iTunes - Top Ten Comedy Podcasts, Amazon Top Ten Comedy Podcasts, 50 Best Comedy Podcasts 2021 - The Guardian, ‘Hilarious’ Dawn French.Critics Choice: The Guardian, The Sunday Times, The Telegraph, The Scotsman, The Times, The Sunday Telegraph, The iPaper, The Metro, British Comedy Guide, Chortle and Time Out. Chortle Award Nominee 2019 - Breakthrough Act Three Weeks Editors Award Winner 2019‘Brilliantly funny, a mix of virtuoso comic rants and heartfelt confessions’ The Telegraph‘Watching him let rip for one hour at an arts festival is a unique joy.’ The List‘Big hitting stand up’ The Guardian‘This brave and winning hour certainly pulls no punches’ The Times