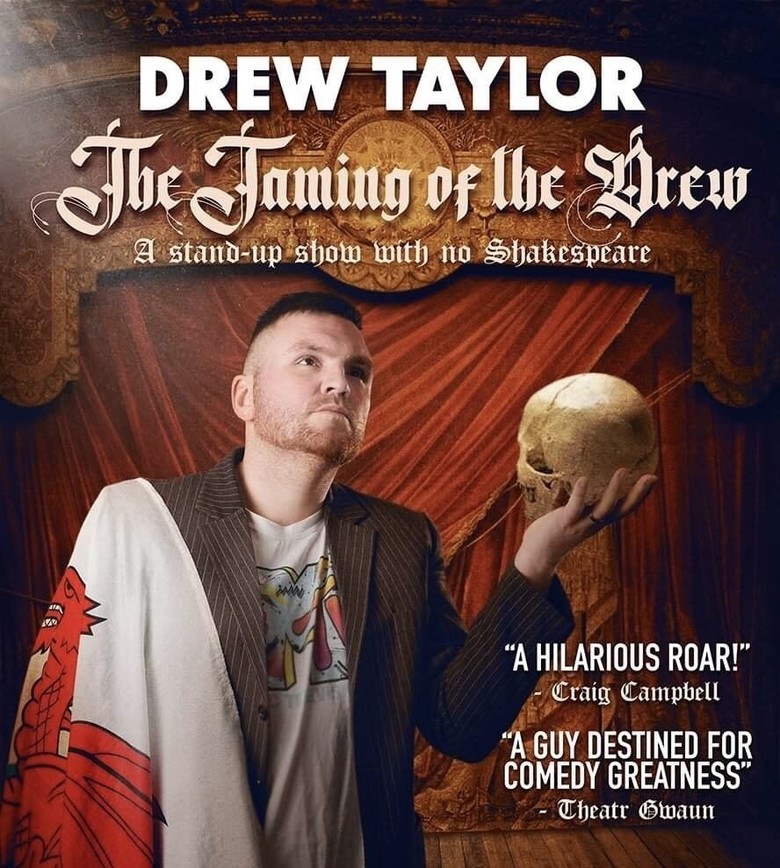 The Taming of The Drew - Live Recording

The Taming of the Drew, is the debut solo hour from Welsh comic, Drew Taylor. Bringing with him razor sharp, observational stand up and hilarious story telling, Drew, described as "a rising star of the Welsh stand up scene..." (standupforcomedy.co.uk) gives his takes on modern life, marriage and why 33 doesn't have a catchy bingo call...

Heard on BBC Radio Wales and seen on BBC Sesh!

Hosted by Steffan Evans and with support from Paul Hilliard

Tickets will be emailed to you. Say your name at the door on arrival.