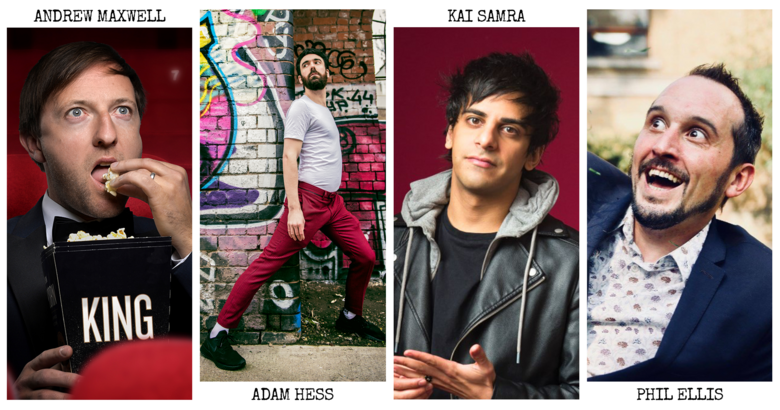 The Best in Comedy

Renowned for his cutting edge comedy and intrepid social commentary, Andrew Maxwell is also the recognisable voice of MTV’s hit show Ex On The Beach.As seen on I’m a Celebrity Get Me Out of Here, Live At The Apollo, Have I Got News For You, Qi, Celebrity Juice, Never Mind the Buzzcocks and Mock The Week.

Throughout his career, Andrew has had many sell-out shows at the Edinburgh Festival Fringe and has also performed at The Amnesty / Channel Four’s Secret Policeman’s Ball (alongside Eddie Izzard, Chevy Chase and Dylan Moran), Glastonbury, Kilkenny’s Cat Laughs, The HBO US Comedy & Arts Festival and several appearances at the Montreal Just for Laughs Festival.

He has performed live on BBC Asian Network and been featured on BBC3, ITV2’s Stand Up Sketch Show, The Now Show, BBC Radio 4’s award nominated series Sketchtopia and his own BBC Radio 4 special of his debut stand up show 'Underclass'

Age Restrictions:
Strictly over 18s only.

Line up subject to change