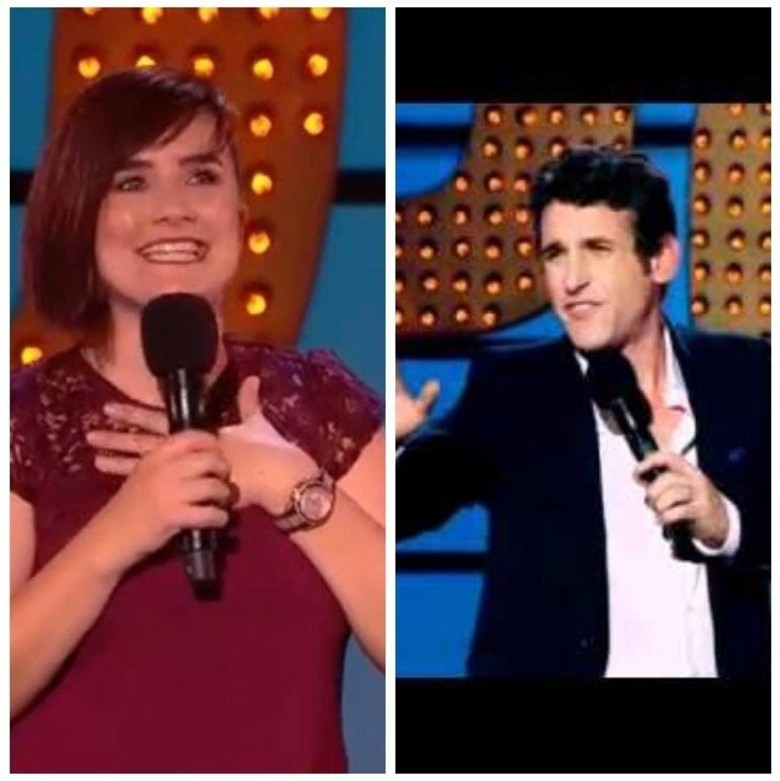 Host Drew Taylor introduces three of the most hilarious acts on the U.K. scene, no wait, in fact, THE WORLD!
Including our amazing festival headliner...

Opening Act - Laura Lexx
Laura is one of the fastest rising stars of the U.K. comedy scene and keen comedy fans will recognise her from BBC’s Live at The Apollo last year.
Here’s some nice things the media has said about her:
"a bouncy, bubbly stand-up star"
​The Telegraph

"a joy... roars of laughter" The Independent

"it's difficult to see what will stop her success" The Skinny

“I was genuinely amazed by her performance.” West Sussex County Times

"spits out quips like bullets... Lexx is so naturally funny" Broadway Baby

Support Act - Sheep and Mash
Truly one of our favourite acts, musical comedy duo Sheep and Mash are going places and one day you will say “ooh, remember when we saw them at The Labour Club love?”

Festival Headliner - TOM STADE
Tom is quickly taking some time out from his 2020 UK Tour to join us at Merthyr Comedy Festival and we are over the moon!!!
STAR OF BBC ONE’S LIVE AT THE APOLLO,
THE JOHN BISHOP SHOW & MICHAEL MCINTYRE’S COMEDY ROADSHOW CH4’S COMEDY GALA & STAND-UP FOR THE WEEK
& DAVE’S ONE NIGHT STAND
Canadian émigré Tom Stade has earned a reputation as one of the most distinctive and engaging stand-up talents around. Arriving in the UK back in 2001, he instantly made a splash on the circuit with his magnetic stage presence and first-class storytelling. He chose to make the UK his home, and after many years as a headliner and playing at international comedy festivals around the globe, he is now firmly established as a leading touring act, and has amassed a legion of loyal fans along the way.
A prolific and innovative talent, Tom is a regular at the Edinburgh festival; and has toured the UK with a brand- new show every year since 2011, playing to packed houses and garnering rave reviews. He returned to the Edinburgh Festival this year with his latest solo show You Ain’t Seen Nothing Yet and is set to tour again extensively across the UK throughout 2020.
Tom’s irrepressible charm translated effortlessly to TV, and he has been invited onto every major stand-up TV show in the country. He has performed on BBC One’s The John Bishop Show and has performed twice on BBC One’s Live at the Apollo. He performed to his largest live audience to date joining the star-studded line-up on Ch4’s Comedy Gala at London’s 02 arena. He has also performed on Michael McIntyre’s Comedy Roadshow and Lee Mack’s All Star Cast, both for BBC One, Edinburgh Comedy Fest Live for BBC Three and The Boyle Variety Performance for Ch4. He has performed twice on Ch4’s Stand-Up for the Week, was given an extended set on Dave’s One Night Stand and has also guested on BBC 2’s topical panel show Mock The Week. Other stand-up appearances include Comedy Central’s The World Stand’s Up, ITV2’s Comedy Cuts and multiple performances on Comedy Central’s The Comedy Store.
Tom was the co-writer and co-star of Frankie Boyle’s Ch4 infamous and edgy series Tramadol Nights. He has starred as a spoof chat-show host in Come Fringe Yourself with Tom Stade, which was recorded at the Edinburgh festival in 2015 and gathered a cult online following. He then went on to co-write and star in an online series entitled M.U.F.F. alongside Daniel Sloss. The innovative series; which was set in an anarchic TV production company was entirely independently funded and produced, and encapsulated Tom’s carefree, entrepreneurial spirit and wild imagination.
Back in his native Canada, Tom appeared in the critically acclaimed sitcom The Newsroom and the award- winning feature film My Own Private Oshawa. As a stand-up he starred in his own hour special for CBC/Comedy Central Stade and Confused.
A stylish and engaging live performer, Tom remains in great demand internationally and has accepted invitations to perform at notable comedy festivals worldwide including New York, Aspen, Montreal, Toronto, Amsterdam, Kilkenny, Adelaide, Melbourne and New Zealand. He has regularly entertained British troops overseas, braving the freezing cold Falklands, and been under fire in Afghanistan and Iraq; proving his utter versatility and universal appeal. His brilliance and flair earned him a nomination for Best Headliner at the Chortle Awards.
Tom Stade Live was released on DVD in 2013 and is widely available online. Tom has since recorded and produced subsequent live shows: I Swear; which is now available to download for free from his website

Tom Stade
“SWAGGER OF A ROCK STAR, CHARISMA OF A TALK SHOW HOST. HILARIOUS. SEE FOR YOURSELF BEFORE THE SECRET GETS OUT”
Warrington Guardian
“HUGE PRESENCE...REALLY KNOWS HOW TO WORK A ROOM...ATTITUDE AND ENERGY... PROPERLY HILARIOUS, THOROUGHLY ENJOYABLE”
Mirror
“ONE OF THE BEST PRACTITIONERS OF STAND-UP WE’VE GOT, WITH A SHEDFUL OF CLASSY ROUTINES... THE SORT OF COMIC YOU COULD LISTEN TO ALL NIGHT AND YOU SUSPECT HE’S GOT
THE MATERIAL TO PULL THAT OFF...STAND-UP ELITE”
 Chortle
“AN INSIDER’S TIP FOR COMEDY GREATNESS; COMIC RIFFS OF MONUMENTAL PROPORTIONS”
 Metro
“FRESH AND ENDLESSLY FUNNY. SLICK, INTELLIGENT, SPARKLING CHARM”
Independent
“EXTREMELY APPEALING. STADE IS A KIND OF DEBAUCHED TRUTH-TELLER... A WISDOM THAT IS BEYOND MERE ORDINARY MORTALS...PLENTY TO SAVOUR” Guardian Guide
“AN EPIC QUALITY THAT ELEVATES EVERYDAY OBSERVATIONS TO A PHILOSOPHICAL TREATISE.
HE IS A MASTER OF HYPERBOLE. HE POWERFULLY EMPHASISES THE SIGNIFICANCE OF HIS MATERIAL...
THE HONESTY IN HIS CONFESSIONS OF FECKLESSNESS IS ENDEARING. BEHIND THE SLICK POSTURING IS A MAN STILL MESSING THINGS UP, AND CONFESSING AS MUCH UNAPOLOGETICALLY, AND WITH BOMBASTIC WIT” Chortle
“IT TAKES YEARS OF HARD, DEDICATED GIGGING TO APPEAR AS RELAXED AS TOM STADE. CHARMING, HANDSOME AND UNFLAPPABLE...POSSESSES THAT INDEFINABLE KNACK OF DRAWING YOU COMPLETELY INTO HIS OFFBEAT PERSPECTIVE”
List
“GREAT CHARM AND A FOUL MOUTH. STONKINGLY GOOD...
QUALITY SATIRE, INTELLIGENT, PASSIONATE, CRACKINGLY FRESH AND VERY, VERY, FUNNY“ Scotsman
“A NATURAL PERFORMER...A FLAIR FOR STORYTELLING AND A VILLAINOUS SENSE OF HUMOUR... MASTER OF HARDCORE COMEDY“

This show is also available on the weekend ticket

Line up subject to change in the event of unforeseen circumstances

Tickets will be £13 on the door