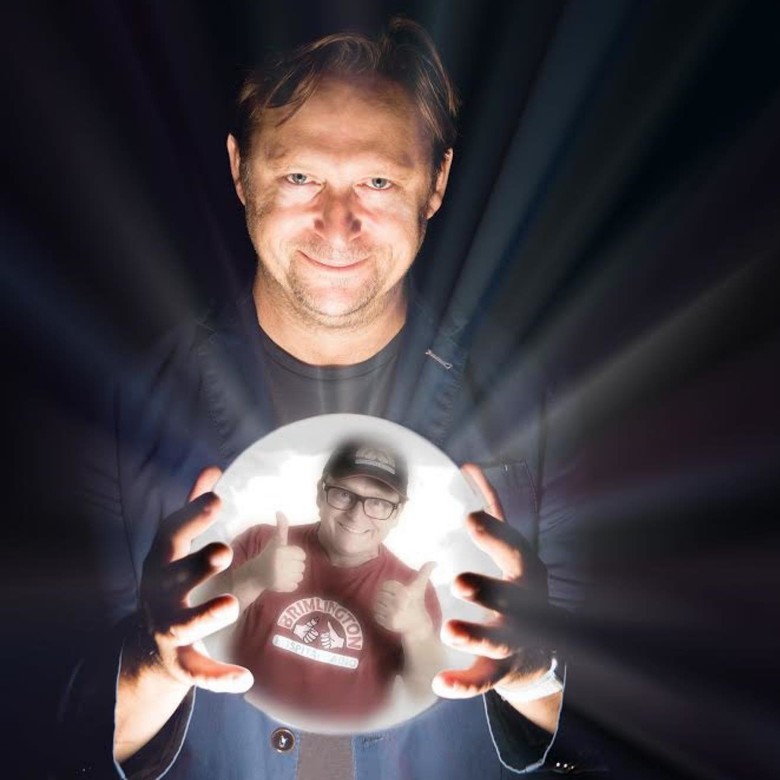 Over time Tom appears to have started to believe he has genuine psychic ability and now performs as The Psychic Comedium.

IVAN BRACKENBURY
'
"With DJ Ivan Brackenbury, ‘Binns has his character nailed and he mines the comic seam, ruthlessly to create top-quality entertainment with practically universal appeal" - The Guardian * * * *

Tom Binns will also be entertaining us for the middle section too. Watch this space.

Limited Tickets due to social distancing restrictions
£10 Advanced
Guarantee yourself a seat by booking in advance.

Doors from 7pm - get down early for plenty of drinks. Line-up subject to change, unfortunately we are unable to provide refunds. Show starts bang on 8pm Line up subject to change. Late bar and music following the show so stick around for a drink and a dance.

Display ticket confirmation upon arrival. Ticket confirmation is emailed. Please check your spam/junk mail folder. A 10% Jokepit booking fee is applied at checkout - much cheaper than other ticket selling platforms.

Very goood. Stuff. The host is a Doyle. But apart from that high quality guests. Especially that bloke from Vic and Bob’s big night out. He was amazing.

Fantastic show, great cause & well executed! 5 stars all round