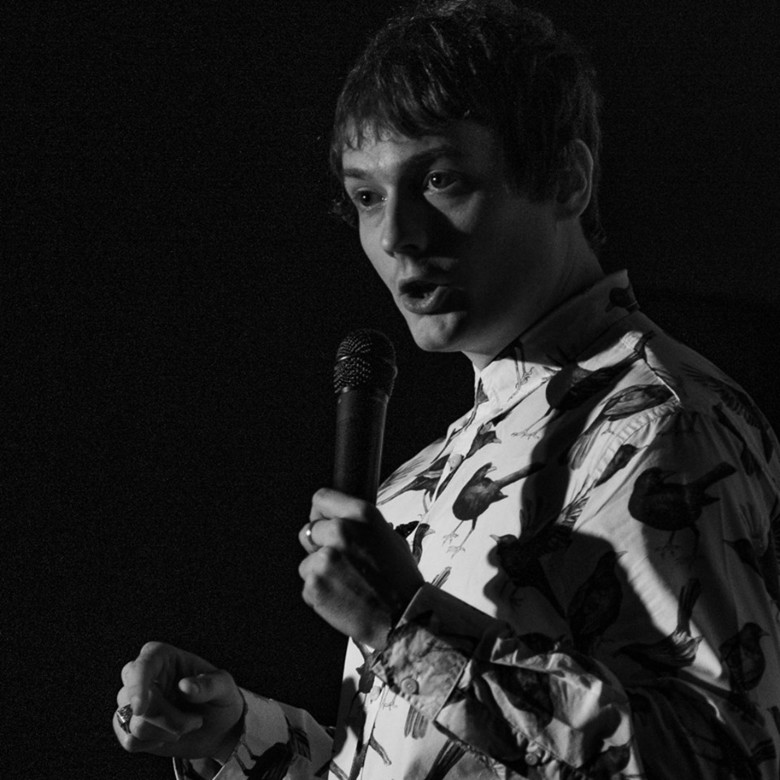 Our Headline Act is

“Matt is a master of delivery, with timing that keeps you hanging on the edge and then the edge again. His dry humour and subtle anecdotes leaves the audience listening intently wanting more of the cool calm and collected comedian.”

Winner of The Bury Met New Act of The Year

Runner up Leicester Mercury Comedian Of The Year

The son of legendary television warm up man Bobby Bragg, Matt has been performing stand up all over the country for the last 5 years. With a unique, low energy, deadpan style and meticulously crafted material he has been gaining acclaim from audiences promoters and comedians alike. As well as performing at some of the most recognisable clubs in the UK and supporting Harry Hill and Phoenix Night’s Clinton Baptiste on tour, he was also selected for Just The Tonic’s Big Value showcase at the Edinburgh Festival in 2019.
Recently, Matt has been recruited to support the fantastic Scott Bennett on tour.
“With a calm and reassuring stage presence, blisteringly sharp and hilariously funny jokes, Matt Bragg is a comedic force to be reckoned with, a refreshingly different performer”— SCOTT BENNETT (COMEDIAN, ROB BRYDON TOUR SUPPORT)
“Great stuff, excellent gags!”— HARRY HILL
“Thoroughly enjoyable”— REGINALD D HUNTER
“He’s very good. Nice style, great jokes. ”— JUSTIN MOORHOUSE (COMEDIAN, PHOENIX NIGHTS)

NB: We can only reserve tables for parties of 10 or more. Please get in touch once you've purchased your tickets.