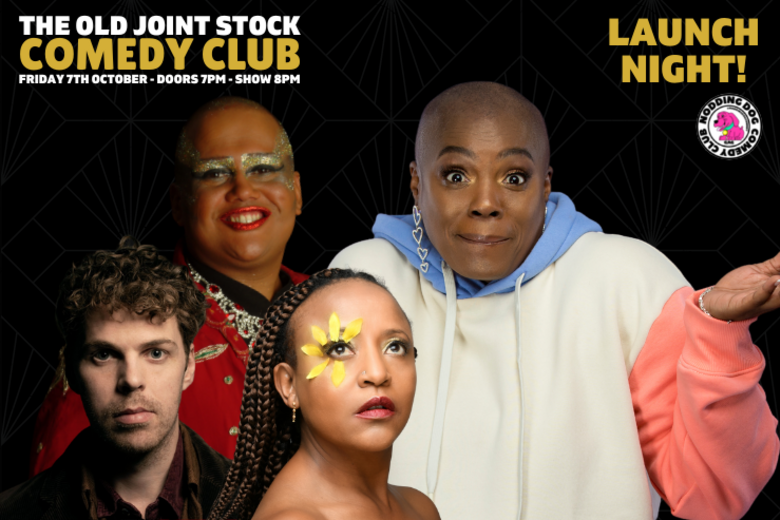 Sadly we are having to cancel Fridays comedy show due to low ticket sales. Usually we would carry on regardless, however in this circumstance the amount of financial loss makes this unfeasible.

We hope to be back with our December 2nd show with brilliant headliner Tony Law and Birmingham rising star Josh Pugh. Tickets are on sale for that now here: https://www.jokepit.com/e/7448

If you would like to transfer your ticket to that show please let me know.

We will process refunds in the next 24 hours and you should expect them to hit your account in the next few days.

Once again huge apologies for any disappoint caused, we very rarely cancel a show and it is never fun to do so. Sadly this one did not quite get the interest level we had hoped for.

With a monthly line up of TV comedians, award winners, circuit legends and the hottest new acts from the UK scene, we launch The Old Joint Stock Comedy Club!

Join us on Friday 7th October as we proudly present...

In 2018 Thanyia joined the likes of Katherine Ryan, Andi Osho, Sarah Millican, Miss London Hughes, and Desiree Birch when she was crowned Funny Women Champion, beating over 400 women in the process. Since then she has gone on to become one of the UK's most in demand comedians appearing in TV shows such as Mock the Week, Bamous and Funny Festival Live (BBC), Rob Beckett’s Undeniable (Comedy Central), Alan Davies’ As Yet Untitled (Dave) and in Alma’s Not Normal (BBC) and The Duchess (Netflix) among many others.

"A must see" The Scotsman
"Trail blazing" Guardian
Jonathan Mayor

MC Jonathan Mayor is widely regarded as being one of the best hosts on the UK comedy circuit, and one of it's biggest cults. Tour support for Sarah Millican and a regular at all of the UK's biggest comedy clubs, Jonathan is an act you do not forget!

"Hilarious. Charmingly vicious. Not sure how he gets away with it sometimes, but audiences love him!" Jason Manford

In our one to watch spot this month is Carl Carzana. Genuinely one of our favourite new acts on the circuit, he is quickly rising through the ranks and you'll definitely be bragging in years to come that you "saw him first!".

Tickets are on sale now!