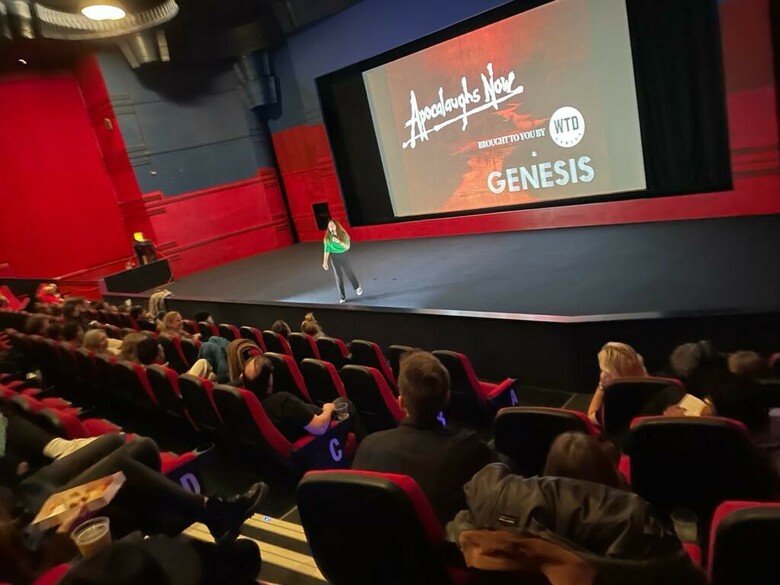 Apocalaughs Now comedy night is back!! The best stand up comedians performing in Genesis CInema. Join the team on July 30th as these lot and more will have you spitting your popcorn out with laughter:

Alexandra Haddow - Tour Support for Frankie Boyle and host of the Alex Vs Men Show, which has been selected as one of GQ Magazine's Best Things To Do In London.

And your headliner, the hilarious:

Alfie Brown - as seen on Comedy Central's Roast Battle, and described as "quite simply the future of British stand up" by The List