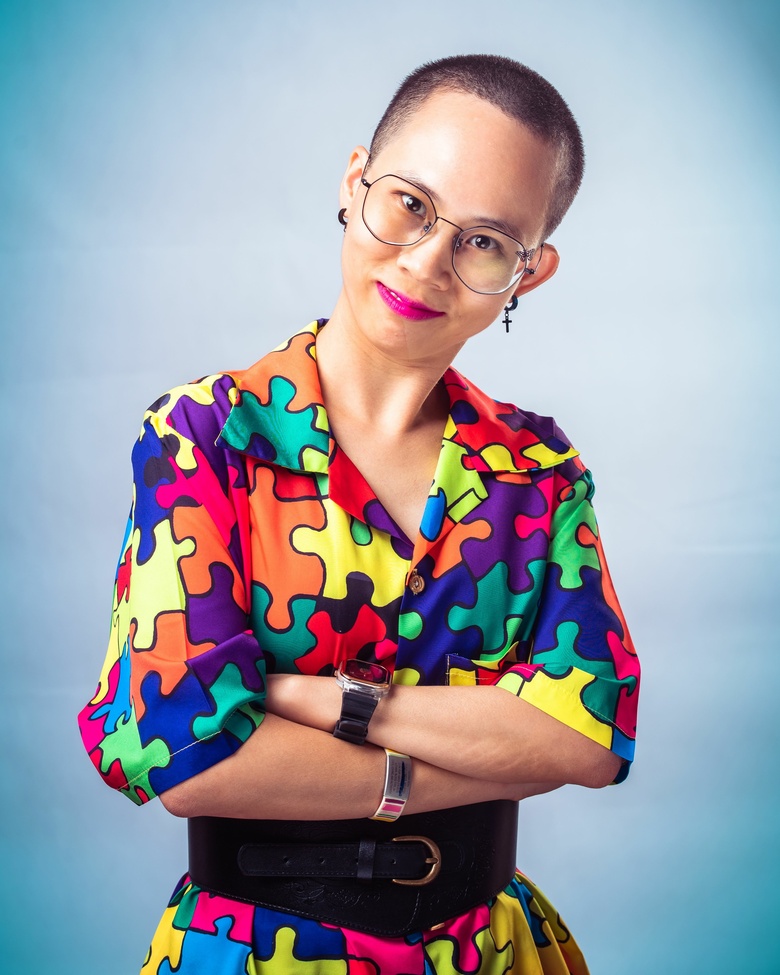 Juliana Heng is an autistic, non-binary stand-up comedian from Kuala Lumpur, Malaysia.
They are the founder and comedy show producer of I Laugh KL Comedy Show, curator with JokePit The Comedy Box Office, and have been doing stand-up comedy since September 2017.
Juliana strives to be a comedian who gets real, talking about issues considered taboo in the Asian society such as their autism, being queer, and growing up in a dysfunctional family.
They have performed in Malaysia (Kuala Lumpur, Malacca, Ipoh, Penang, and Kuching), Singapore, Thailand (Bangkok), Cambodia (Phnom Penh), and the United Kingdom (London, Nottingham, and Manchester).
Since the beginning of the lockdown era, Juliana has been performing online to audiences in 33 countries.
Recently, they emerged as the 2nd Runner-Up of KL Roast Tournament 2022. Juliana is also the Top 16 Finalist of GELAK : GEMPAK 2021 (A comedy reality TV show) and Top 10 Finalist of Bangkok International Comedy Competition 2019.
Juliana has made a couple of TV appearances in 2021 :

To date, they have supported 5 international acts, Jocelyn Chia from Singapore & Ahmed Ahmed, Matt Davis, Mary E. Kennedy, and Kurt Braunohler from the USA.
Juliana has performed in comedy festivals like :


In May 2020, Juliana debuted a 1-hour virtual medley show, Walking On Spectrum at The ADELAIDE FRINGE View 2020 (Adelaide, Australia).
This show was subsequently played at :

This a showcase of comedy, spoken word poetry, and storytelling of how they live with Autism Spectrum Disorder (ASD). Recently, Walking on Spectrum was awarded :


In July 2022, Juliana performed Walking On Spectrum LIVE for the very first time in a sold out show at hUSh The Theatre.
Media Quote :“Juliana’s onstage presence is ebullient and utterly unique.” ~ Sam Thomas, Comedy in Cambodia, Khmer Nights 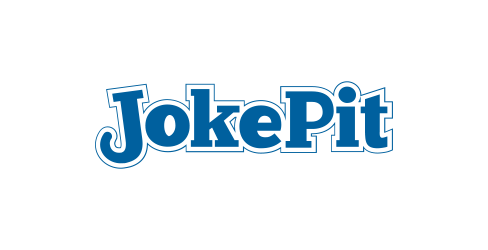 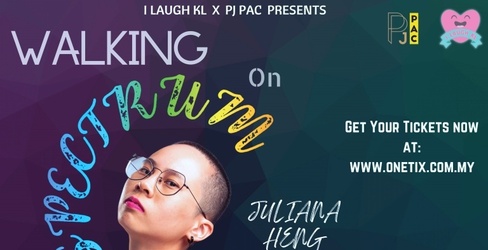 Having autism does not make one immune to life challenges. Why not live life with a spunk?

Finalist of KING GONG at The Comedy Store - London (December 2019)

Finalist of BEAT THE FROG at The Frog & Bucket Comedy Club, Manchester (January 2020)